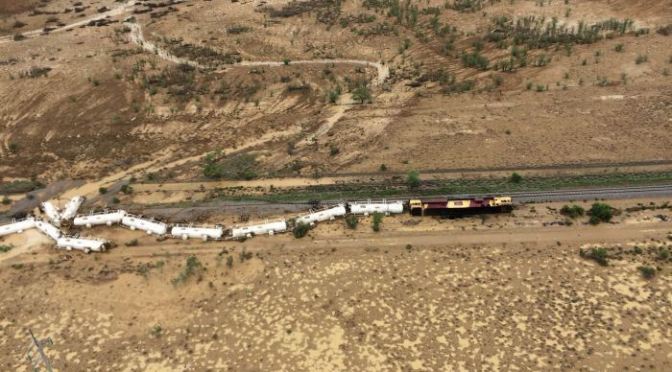 This week we talk about SLAPP suits – “strategic lawsuits against public participation”; when corporations sue political activists. We hear what are SLAPP suits and why are they a problem from Greg Ogle, and then the different experiences from Adam Burling who was sued by woodchipping company Gunns, Shae Anderson who was sued by McDonalds, and Sadie Jones who is currently being sued by coal freight company Aurizon.

Greg Ogle (Conservation Council sued over Hindmarsh Island Bridge)(https://soundcloud.com/ian-curr/environment-activists-slapped#t=3:52 ) talks about strategic litigation against public participation (SLAPP). It has a long history both in the United States and now here in Australia. Litigation has a chilling effect on public debate. Businesses going to the courts seeking penalties out of proportion with what has been done. It is akin to a defamation action but different in that it has a serious impact on public debate, normal political debate and action. When the company attacks public participation, activists find themselves randomly sued and so has to second-guess what she or he is allowed to do. This limits freedom of speech and has a detrimental impact I’m democratic processes. A commercial entity asserts a property right over public debate. The law recognises property rights over democratic rights. However the SLAPP suit, while following the letter of the law may not always be in the spirit of the law, it can be an abuse of process. For this reason the Australian Capital Territory has a law against SLAPP suits and Tasmania change the libel laws.

In 2006 there was a change where the Australian parliament moved to make its defamation laws uniform, one aspect was that the law made it impossible for a company to sue for defamation. An oil company couldn’t sue an individual. However both not-for-profit and small businesses can still sue for deformation. The ACT has a flawed anti-SLAPP law because the onus is on the activist to prove the company is trying to silence them. The ACT law has a good definition of Public Participation.

Adam Burling was trying to stop logging near his home in Tasmania. He was one of the Gunns 20, and tells the fascinating story of how, in 2004, Gunns, a Tasmanian pulp mill owner tried to bankrupt environmental activists. This was to stop activists from protesting against it’s proposed Bell Bay paper mill. The writ was issued 2 days prior to the Federal government assessment of the Pulp Mill proposal. Gunns sued Adam Burling, Bob Brown (Greens), Peg Putt (MP in Tas Parliament), a prominent doctor, Ben Morrow (suffering from stomach cancer) Lee Geraghty (Adam’s neighbour) and 15 others for doing public campaigning and direct action against the mill. The damages amount was over $6M.  They were briefed by lawyers who helped the McDonald activists in the Tecoma dispute in the Dandenongs.  Some were eventually dropped from the case or settled.  Adam was one of the last left standing when the final decision was made. Adam stood to lose over $200,000 in the legal arena but tried to win the public debate. The day before the trial, Gunns dropped the legal action (in 2009). Gunns were forced to pay costs. So the reverse happened. Gunns goes bankrupt because of the cost of the case and the margins for pulp manufacture are so thin and not really economically viable without public subsidy.

Shae Anderson was sued by McDonalds along with 7 others. The Tecoma local council refused to allow McDonalds to build a restaurant in the Dandenongs in Victoria. McDonalds went to VCAT and got approval for the building. Those activists who had assets the SLAPP suit could come back on others and they would lose a house. McDonalds was sued for libel in the UK and the activists owm the case 18 years later. The Tecoma activists came to an agreement with McDonald’s. Weren’t allowed to go near the site. They were all uncertain about what could happen and as a result many chose not to act. Eventually built on the site and the restaurant still operates today. Activists were banned from walking down the footpath near the site in their own locality. Shae offered solidarity with the current coal activists.

Sadie Jones is being sued by Aurizon Australia’s largest freight rail operator. Sadie is one of the Aurizon Five. Sadie chose direct action after attending numerous protest and rallies. Received a summons asking for $75K in damages. Sadie is frustrated because they had done a peaceful protest. Sense of solidarity with other activists from diverse backgrounds. Has not changed her mind about direct action. SLAPP suits are rare in Australia. Gave the example of the Gunns legal suit. Big call for anti-SLAPP legislation. Case is ongoing. Support needed from people to talk about the SLAPP suit and a large corporation is taking activists for damages of over $500K.

Aurizon (formerly Queensland Rail), has been under public scrutiny for the role their rail lines will play in the controversial Adani Carmichael coal project and subsequent development of the Galilee Basin. Between October 2018 and January 2019, four activists blocked coal freight from entering Adani’s Abbot Point coal terminal near Bowen and the fifth halted a train headed to the Port of Brisbane, demanding that Aurizon rule out a partnership with Adani and refuse haulage contracts with any new coal mines.

Sadie Jones, a Zoology student at the University of Queensland, sees the Aurizon case as a shameful tactic representative of the stranglehold that large corporations have on democracy.

“A company that grossed over 3 billion last year trying to bankrupt a handful of students and schoolteachers over environmental protests is almost laughable. But then I remember what’s happening to us and wonder just how our system became so broken.” Jones.

“People raising concerns held by the majority of Australians have been flagrantly ignored by the government and corporate sector,” says co-defendant, Hannah Doole, “now those standing up are being targeted. Aurizon’s attack relies on their position of power, because in reason they fall way short. This abuse of power only highlights the need to stand up against the corrupt coal industry”.

Notes by Ian Curr. These notes include material from previous Paradigm Shift shows.

One thought on “Activist fight against ‘SLAPP’ Suits”